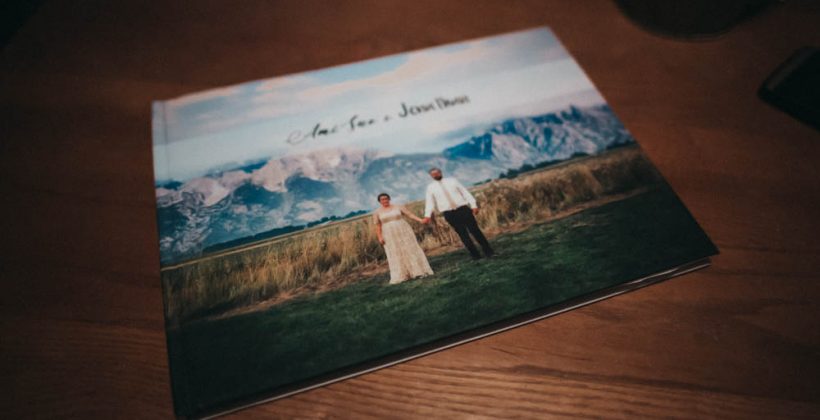 So I’ve made several wedding albums over the years. I have a feeling my best is yet to come. But THIS was so fun to make! I like to integrate and include things that are usually left behind or forgotten. A big part of that is photographing everything, but another part is putting together the album in such a way that you remember those little, cute, romantic details. With this one, I noticed a LOT of people were commenting and wishing the couple well on FaceBook. So I took that into consideration when making the album and tried to include some of those comments and people that would ordinarily be lost.