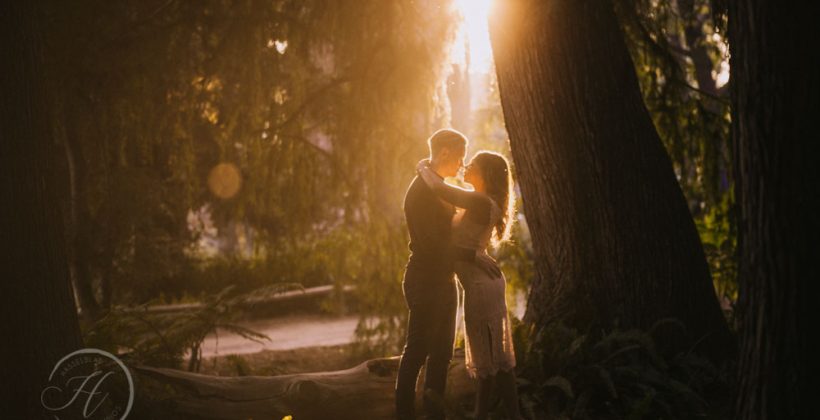 We got off onto a rocky start here because the Arboretum was closing for their light show (and apparently don’t allow hangers ???), but these two were troopers! We regrouped and went forward with it! Sarah wore a beautiful, chic blush dress, and David wore complimentary semi-formal clothes. I met Sarah on a film shoot! She and I were two of the only girls on set and I was instantly attracted to her vibe. I was so honored when they asked me to do their LA engagement photos!